La Unión is a poor mining town in Murcia, Spain, and the annual Flamenco festival has become as much a part of the town’s history as the struggle for its inhabitants to survive.

This is why there are often references to mining in the artwork for the Festival del Cante de las Minas posters. 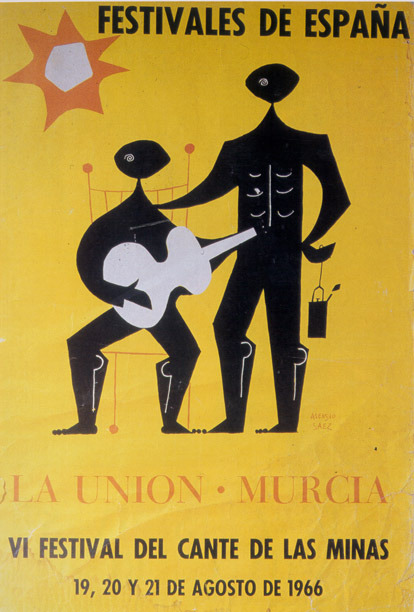 Last night the flamenco singer Miguel Poveda gave a special performance of cantes mineros. Today they are inaugurating the street which is being named after him.