If I were to ask you to name some flamenco guitarists who were women, I imagine you would struggle as hard as I do. I do know of Marija Temo but other than her, I can’t remember seeing or hearing of any others.

Eulalia Pablo Lozano probably felt the same before she decided to write her book called Mujeres guitarristas (Signatura Ediciones, Sevilla, 2009). The book includes a large number of illustrations, many dating back to the 1800s, depicting women holding the guitar in proper playing position or actually playing the guitar, so it is clear that they were known to play the flamenco guitar. 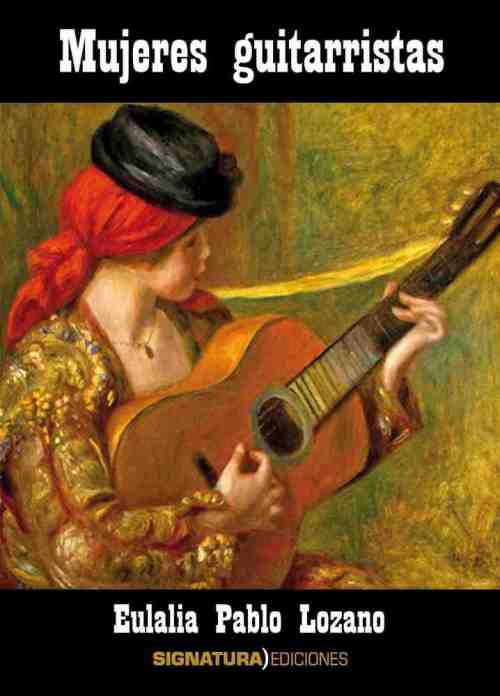 Interestingly Eulalia Pablo Lozano has made a comparison between the number and acceptability of women playing classical guitar and flamenco guitar. In the end she has been able to make a sizeable list of guitarists and include their biographical details. It is fascinating to read of the women guitarists in the 1800s and the early 1900s; she has reprinted many of the reviews of their performances. Interestingly, up until around the 1940s there were women flamenco guitarists, but then there were hardly any up until the last few years.

Eulalia Pablo Lozano has written a number of excellent books about flamenco dance, some of them have been co-authored by José Luis Navarro García.