The flamenco guitarist Tomatito recorded his first album Rosas del Amor in 1987. He has made so many excellent recordings since then but I do like to revisit early albums. The first track, Dedicado a Camarón has full strings and was arranged and conducted by Joan Albert Amargos and has Carles Benevent on bass guitar. I am not a great fan of the use of electric instruments in flamenco, however, I do enjoy the excitement that these performers brought to flamenco. The bulerías La Chanca has fantastic palmas; a second bulerías track Barrio Santiago is equally as exciting. 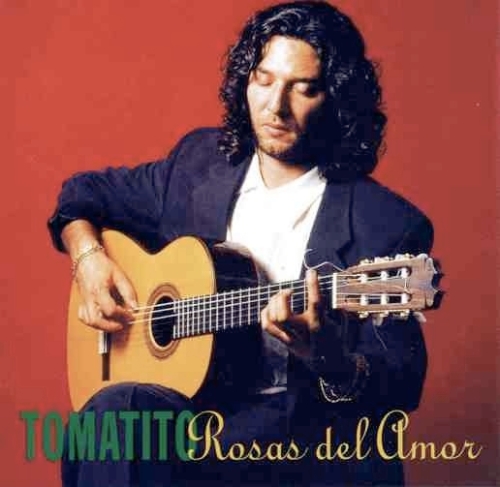 The title track of the album Rosas del Amor is sung by Camarón de la Isla, with Juan Carmona on second guitar, José Miguel Carmona on mandolin and Antonio Carmona on percussion – the Carmonas of Ketama, which was formed just two years earlier in 1985 – and Carles Benavent on bass guitar. It is a recording very much of its time and it is interesting to put it alongside what Paco de Lucía was recording at the same time. The performances on Rosas del Amor are absolutely vibrant.