The classical guitarist Manuel Barrueco will be performing as the soloist in Manolo Sanlúcar’s Medea for guitar and orchestra on Friday 30 November 2012 at the Auditorium ‘Adán Martín’ in Santa Cruz de Tenerife with the Tenerife Symphony Orchestra conducted by Victor Pablo Pérez.

The flamenco guitarist and composer Manolo Sanlúcar wrote Medea for the Ballet Nacional de España which they premièred in the Teatro de la Zarzuela in Madrid on 13 July 1984 with choreography by José Granero (1936–2006) and the lead roles were danced by Manuela Vargas and Antonio Alonso.

Manolo Sanlúcar’s ballet was inspired by Seneca’s portrayal of the Greek myth of Medea. 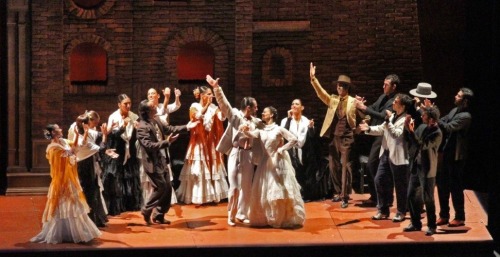 On 2 October 2002 a new version of Medea for guitar and orchestra was premièred at the Maestranza in Seville during the Bienal de Flamenco. Manolo Sanlúcar was the soloist for this première, performing with the Philharmonic Orchestra of Malaga, conducted by Leo Brouwer.

Manuel Barrueco’s performance of Medea with the Tenerife Symphony Orchestra conducted by Victor Pablo Pérez is on Friday 30 November 2012 in the: