The flamenco guitarist Juan Manuel Cañizares will be performing the Concierto de Aranjuez by Joaquín Rodrigo with the Berlin Philharmonic, conducted by Sir Simon Rattle, at the Teatro Real in Madrid on Sunday 1 May 2011 at 11am. The concert, an annual event on the orchestra’s calendar since 1991, is known as the ‘European Concert’. Celebrating the establishment of the Berlin Philharmonic as an independent music association (actually in 1882), the European Concert is held in a different European city each year and is broadcast worldwide via television and radio; the performances can be seen and heard by around 500 million people in over 30 countries. During the intermission of the ‘live’ broadcasts, television viewers enjoy a documentary portrait of the concert location.

Cañizares is the first guitarist invited to perform in the European Concerts and this is the first time that a flamenco musician will perform with the Berlin Philharmonic. Although Cañizares is a flamenco guitarist, he has always had a strong interest in the classical music repertoire. His transcriptions of works by Albéniz for two guitars and the recording in 1999 – Original Transcripción de Albéniz (Nuevos Medios), was a landmark event in the history of flamenco; more recently he released Suite Iberia – Albéniz por Cañizares (Sony-BMG), continuing that project from 1999. His performance of the Concierto de Aranjuez by Joaquín Rodrigo with the Berlin Philharmonic, conducted by Sir Simon Rattle, will be another landmark event and one not to be missed.

The programme at the Teatro Real in Madrid also includes Chabrier’s España and Rachmaninov’s Symphony No. 2 in E minor, Op. 27.

My interview of Cañizares about this performance is in the May 2011 issue of Classical Guitar magazine.

The other musicians on this recording are Rafa Villalba on percussion, Íñigo Goldaracena on bass, the dancer Ángel Muñoz also on the cajón and the dancer Charo Espino also playing the castanets, and these musicians form the company with whom he will tour, starting with the première performance at the Teatro Nacional de São Carlos in Lisbon on 16 September 2010. 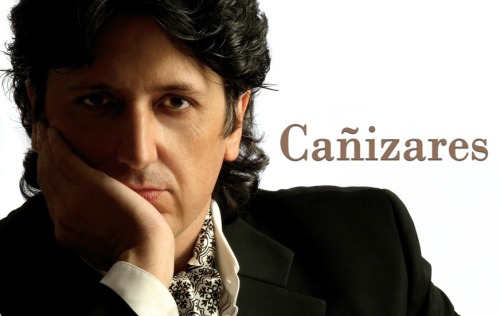 Juan Manuel Cañizares was born in Sabadell, Barcelona in 1966. His talents were soon apparent and he began performing from the age of 14. In 1982 he won the Premio Nacional de Guitarra de Jerez.

Juan Manuel Cañizares has his own blog which he obviously enjoys writing and illustrates it with photographs of his activities, including eating wonderful paellas!